I forgot my User ID/Password

«Expose to the right» in photography in RAW format

We often read in the photographic literature that it is very interesting to «expose to the right» when shooting in RAW format.

In other words, slightly over-expose his pictures during shooting, then adjust the correct exposure in post-processing (eg in Lightroom). 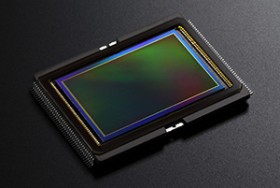 A digital sensor is an analog-digital converter, that is converting image through the lens into digital information, usable by the electronic circuits of the camera, and more generally, compatible with the numeric world (storage, image processing, distribution,...).

To use full capacity of the sensor and to get the best quality image in the RAW file, we can use an analogy with musical recording.

When recording music, they are two concepts, gain (recording volume) and distortion.
To illustrate these concepts, we can  remember vu-meter, which allows to adjust the level of the recorded sound without it reaches the «red zone», synonymous of distortion.

Thus, we will try to turn up the gain as much as possible in order to have the best quality of recorded sound. With this operation, we aim an optimal signal amplification with as less noise as possible (the best S/N ratio).

If the gain is not high enough on record, we will need to increase the volume when listening. In this case, we amplify the sound, but also the noise: the sound can be heavily polluted by noise.

Furthermore, do not turn up the gain too much, because it may generate distortion.
In this case, the signal with too high level can not be properly processed by the recorder (the signal is clipped, saturated) and can never be properly restored on subsequent listening (sound is distorted).

In photography, it is the same!

The camera histogram controls the exposure.

If the photo is under-exposed, the relevant informations of the image are mixed with noise. When developing the RAW file, we will have to increase the exposure to make up the under-ex, which will raise the level of noise in the image, particularly in low-lights.

On the contrary, if the picture is very over-exposed, high-lights are «burned» (the sensor can not record additional information: we have nothing else but white). When developing the RAW file, we will have to decrease the exposure to make up the over-ex, but the informations are definitively lost (the «burned» areas remain white).

«Expose to the right» its RAW (correctly over-expose his pictures) re-uses the concepts used for sound recording: maximize the recorded informations in order to have the noise level as low as possible in low-lights, while taking care not to saturate the high-lights.

When developing the RAW file, we can restore the good exposure of the picture, but with a better quality than if the photo had been exposed normally, or worse, if it had been under-exposed.

Of course these arguments are not valid for JPEG format.
In this case, as the photo is «frozen» in a less rich format than RAW format, we have to shoot with good exposure because it is very difficult to correct photos after they have been under or over exposed.

This shows you one of the advantages of shooting in RAW format, I shall return to this subject shortly.